Thoughts on the protection of aircraft crash sites

One of this year's CPAT projects has been an investigation of aircraft crash sites in our region, in order to determine whether or not they would be suitable for designation as Scheduled Ancient Monuments (SAMs). 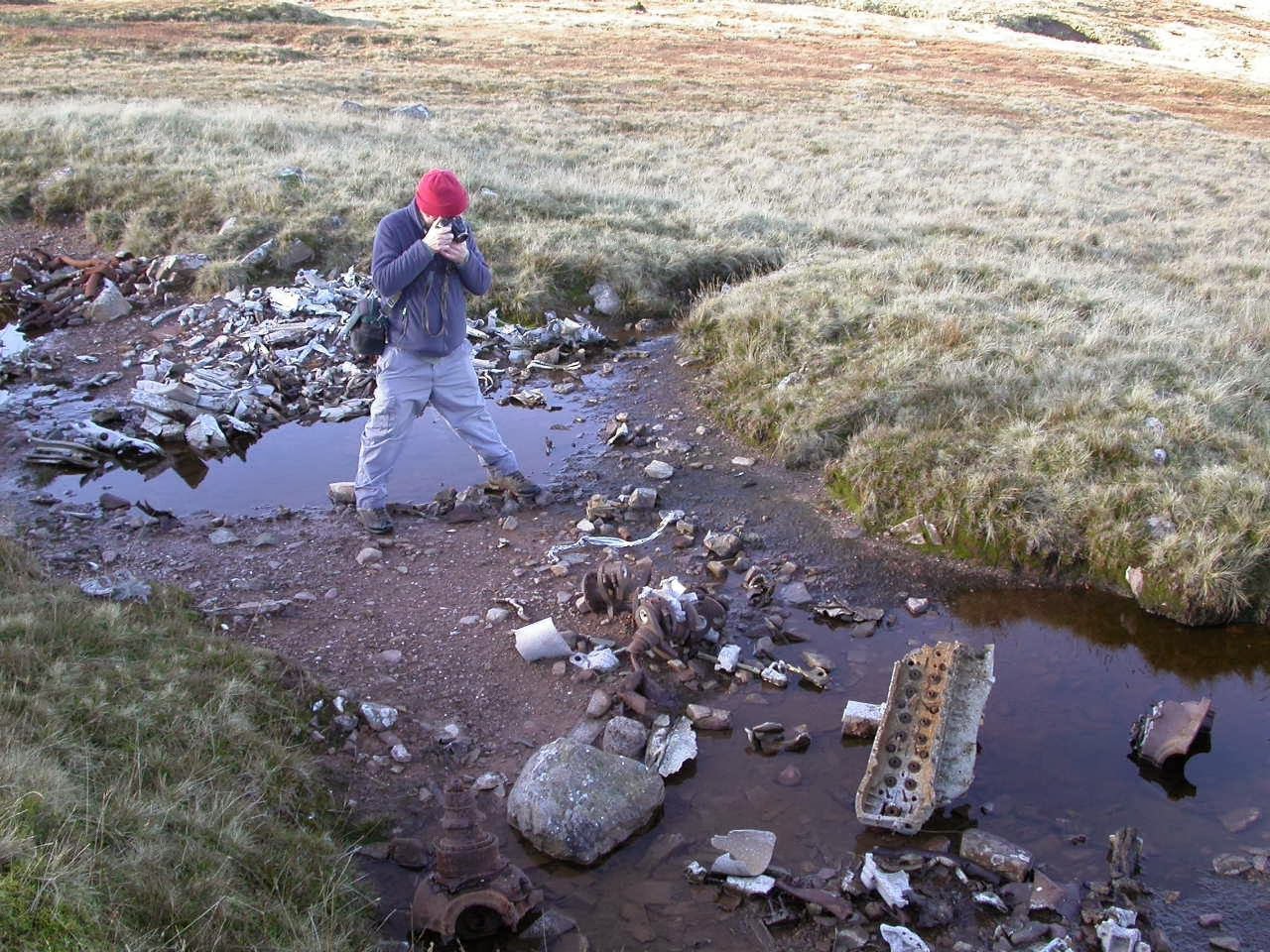 This has been a rather poignant project which has raised a few ethical questions. In particular we have begun to wonder whether an aircraft crash should even be designated as a SAM. We had a bit of a collective 'blue skies' thinking session this morning (if you will excuse the pun), during which several strands emerged.

Clearly, an aircraft crash is not a 'monument' in the conventional sense - it is an accidental event rather than a constructed piece of cultural heritage deliberately placed in a landscape setting. Certainly the remains of the aircraft itself (if they survive) are 'artefacts' or collections of artefacts; however in a lot of cases there are no remains, only a few dents in the ground which are slowly silting up. In some cases the crash 'site' is a relatively compact area, in others the aircraft may have struggled for some time before finally coming down leaving a potential debris field stretching across several kilometres.

Some of these sites are also war graves, and many have memorials.

Crashed British aircraft are Crown property (and crashed Luftwaffe aircraft are 'considered captured property surrendered to the Crown') and as such are already protected under the 1986 Protection of Military Remains Act. This requires an application to the MoD for a licence to excavate or disturb the remains.

Here are some of the issues which we have been considering:

* in the event of someone recovering material from a crash site, how will it being a SAM add to the protection already conferred on it by the Protection of Military Remains Act? (in practice the MoD do consult the Welsh Archaeological Trusts on PMR licence applications)

* are we content to let the remains continue to deteriorate until there is nothing left - does their value as slowly-decaying memorials outweigh their value as historical artefacts?

* should we survey, record or even excavate these sites to retrieve as much historical information as possible?

* how can we best ensure that the aviation enthusiasts who appreciate these sites are best-equipped to make a positive contribution to their continuing preservation - should we consider an approach more closely related to the Portable Antiquities Scheme?

* if a site is Scheduled, what could we do in the field to alert people to its existence? is that even something we should be considering?

* who cares for, and monitors the condition of, the various memorials erected at or near sites? (they are in various ownerships, with various 'curators' of greater or lesser authority)

Perhaps most importantly for the broader question of heritage designation is the extent to which Scheduling alters the status of non-Scheduled sites. At the moment all sites are of equal importance under the PMR Act, once SAMs are created (on the basis of an 'expert' decision made in 2014) then how does that affect the treatment of non-SAMs further down the line?

We probably ended today's discussion more confused than we began, but it is always interesting to consider these sorts of questions. Over the next few weeks we will hopefully come up with some practical suggestions as to how Scheduling could be made to work, or what alternative strategies could be developed for protection.

Hi Paul
Seems to me it will be the sheer huge numbers which will militate against scheduling or similar. I don't think we really know how many there are. Think of the many WW2 target cities and the network of aerodromes in east Anglia (US aircraft too). Massive task at a difficult time.
@is_heritage

Hi - thanks for your comment... it is not only the huge numbers but also the variable state of remains, and the ability of Scheduling to provide protection. Is a 'portable antiquities' approach more viable?