It has been a privilege to spend a few days in the beautiful lakeside city of Lausanne, at a symposium on urbanisation in the British Isles. This was a remarkable meeting of academic and professional linguists, historians, geographers, sociologists (and one archaeologist!).

Stepping out of my archaeological 'silo' was refreshing, and discussions from a range of perspectives about life in industrial urban spaces over the last 500 years were very illuminating. 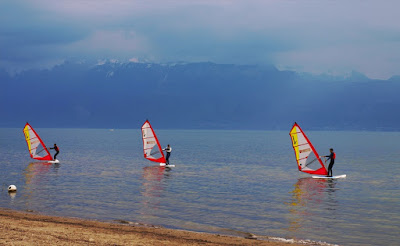 Switzerland in the foreground, France in the background.

Organised by scholars in the department of linguistics at the University of Lausanne, the symposium developed from their 'Emerging Standards' project which began in 2013. This project aims to shed light on the 'complex processes that are involved in the emergence and development' of language - specifically the period c.1400-c.1700, using the written records of non-metropolitan England to trace the formalisation of English.

The symposium was a very brave venture into uncharted waters by scholars seeking the broadest possible context in which to situate their work, and as a result was a stimulating meeting.

The deliberately broad topic and date range gave everyone very free rein to describe their work and to discuss a variety of themes. Everyone agreed how refreshing it was to have a genuinely interdisciplinary experience - so often we use the phrase 'interdisciplinary' when we are really still in the comfort zone of our own specialism.

The programme is on the symposium website, along with abstracts.

Contributors explored the dark underbelly of Victorian London, the liguistic complexity of late-medieval England, the post-colonial geography of 1960s New Towns, the impact of new world urbanisation on rural Ireland, suburban house names in the nineteenth century, and the social life of park benches in contemporary London.

My own contribution was a slightly random paper providing an archaeological perspective on eighteenth- and nineteenth-century urbanisation in England, using Sheffield, Birmingham, the East Shropshire Coalfield and the Black Country as examples. 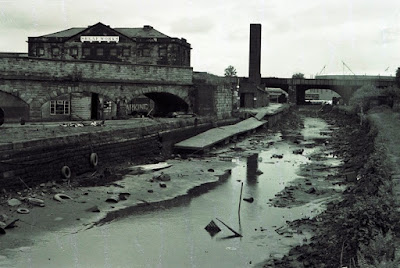 The archaeological approach most obviously overlapped with historical geography, but linguistic scholars - working in a discipline which was the least familiar to me - are also mapping social geographies of time and place. There was a strong colonial/post-colonial narrative running through all of the papers which was particularly interesting. 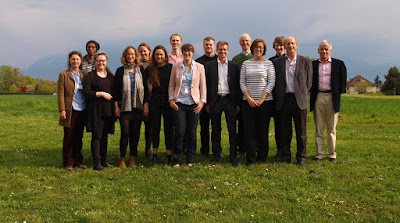 Speakers at the symposium.

Discussions around the formal programme were - as is often the case - also illuminating: touching on present-day meanings of ethnicity, the politics of identity (and politics generally!), urban planning and civic engagement, and the role of academics in modern social and political discourse. It was interesting to observe that the pendulum swinging between archaeological 'theory' and 'practice' over the last couple of decades had been swinging very similarly in other disciplines too.

So, many thanks to Anita Auer and Marije van Hattum and their colleagues at the University of Lausanne, and to all of the delegates for interesting conversations. Discussion is already continuing, publication is being planned, and a follow-up meeting would be very welcome. I have been inspired to look at my work in different ways, and this was a wonderful opportunity to provoke new ideas and directions.